Your cart is currently empty

In the 2011 Souris River flood, Val's Cyclery was hit with a little over 4 feet on the main floor and the basement was full of river water. We were able to evacuate most of our things, but some had to be left behind. As we were evacuating the building, friends and family showed up to help without even being asked. Fellow cyclists came to help from hours away, and we couldn't have gotten half of our things evacuated without their generosity.
During the flood we could always spot the bright green and yellow building on the newscast during the helicopter tours. It was always a good marker for the news members to point out because the building is so visible!
When the water started to recede, we didn't waste any time and started tearing out muddy flooring and soggy ceiling tiles. Unfortunately the windows that are located between the buildings broke out from the pressure, and filled the basement with 3 feet of sand. Again, we had so much support from friends and community members when we were cleaning up the remnants of the flood. We were fortunate that Val's Cyclery was located right on the edge of flood waters, because while we were able to start the process of gutting the building, many areas were still submerged.
Val's Cyclery was the first business to open back up right before the annual CANDISC bicycle tour during the first week of August. Today we are still in the remodeling process, but we are here to stay! 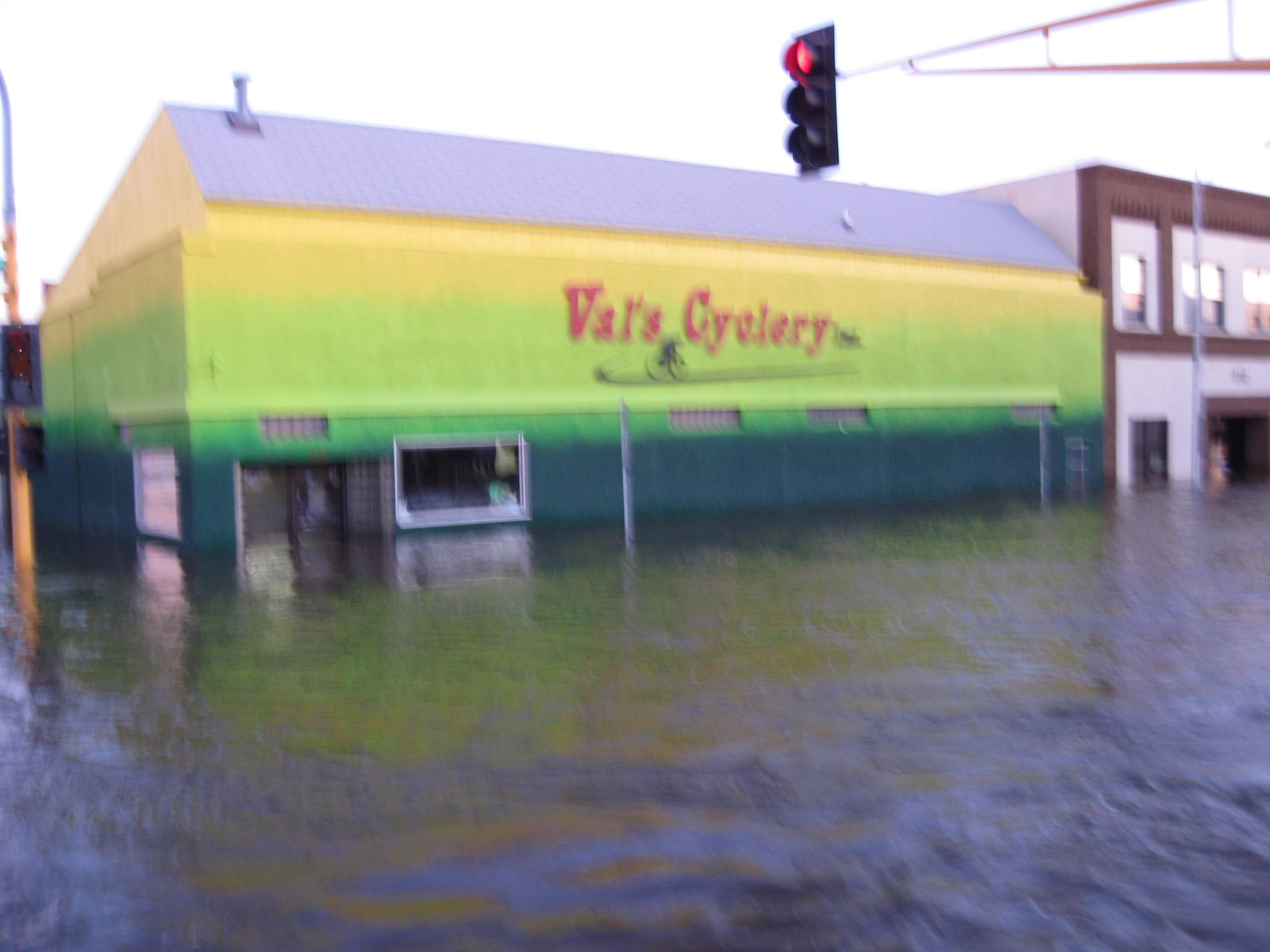 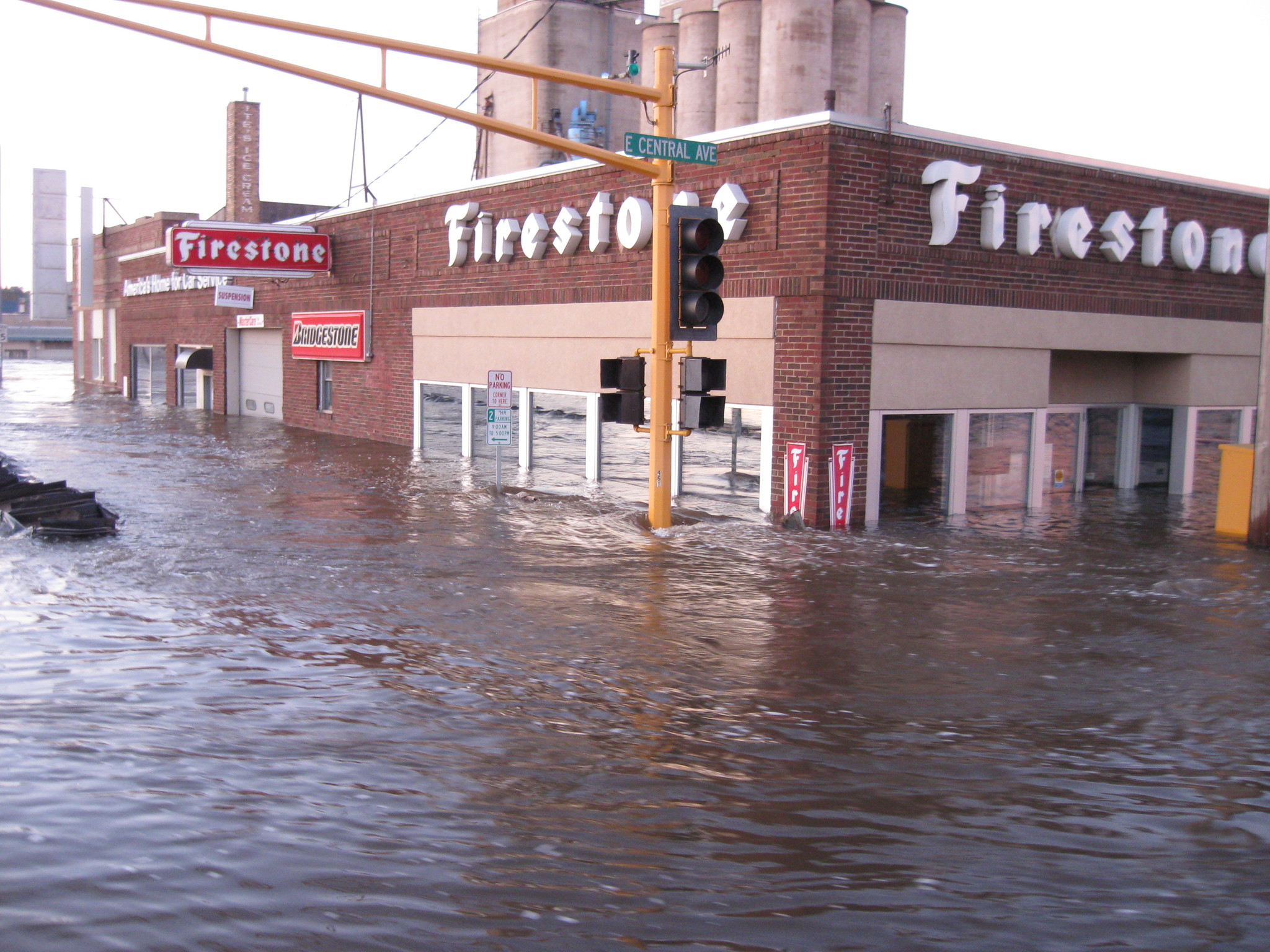 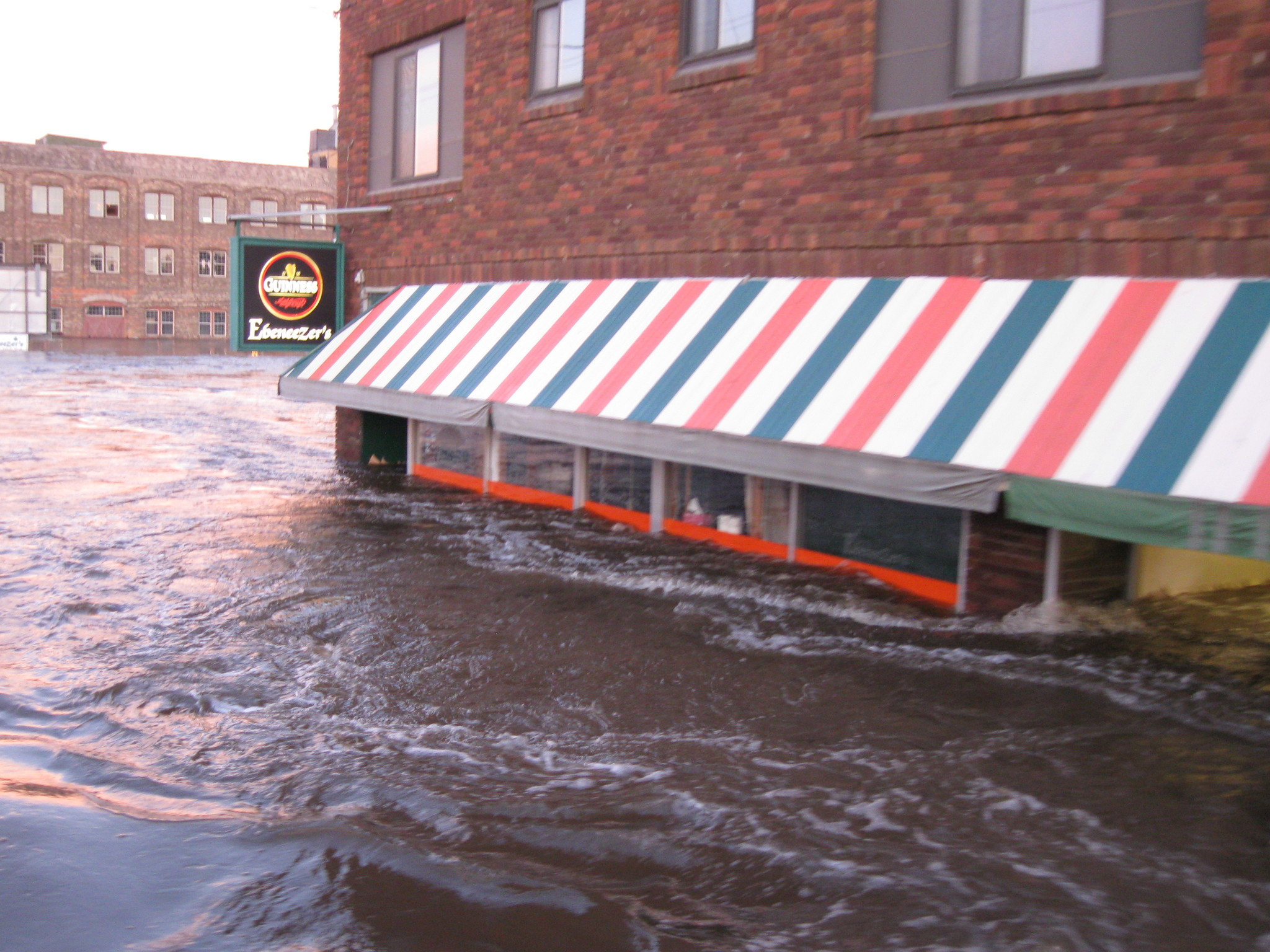 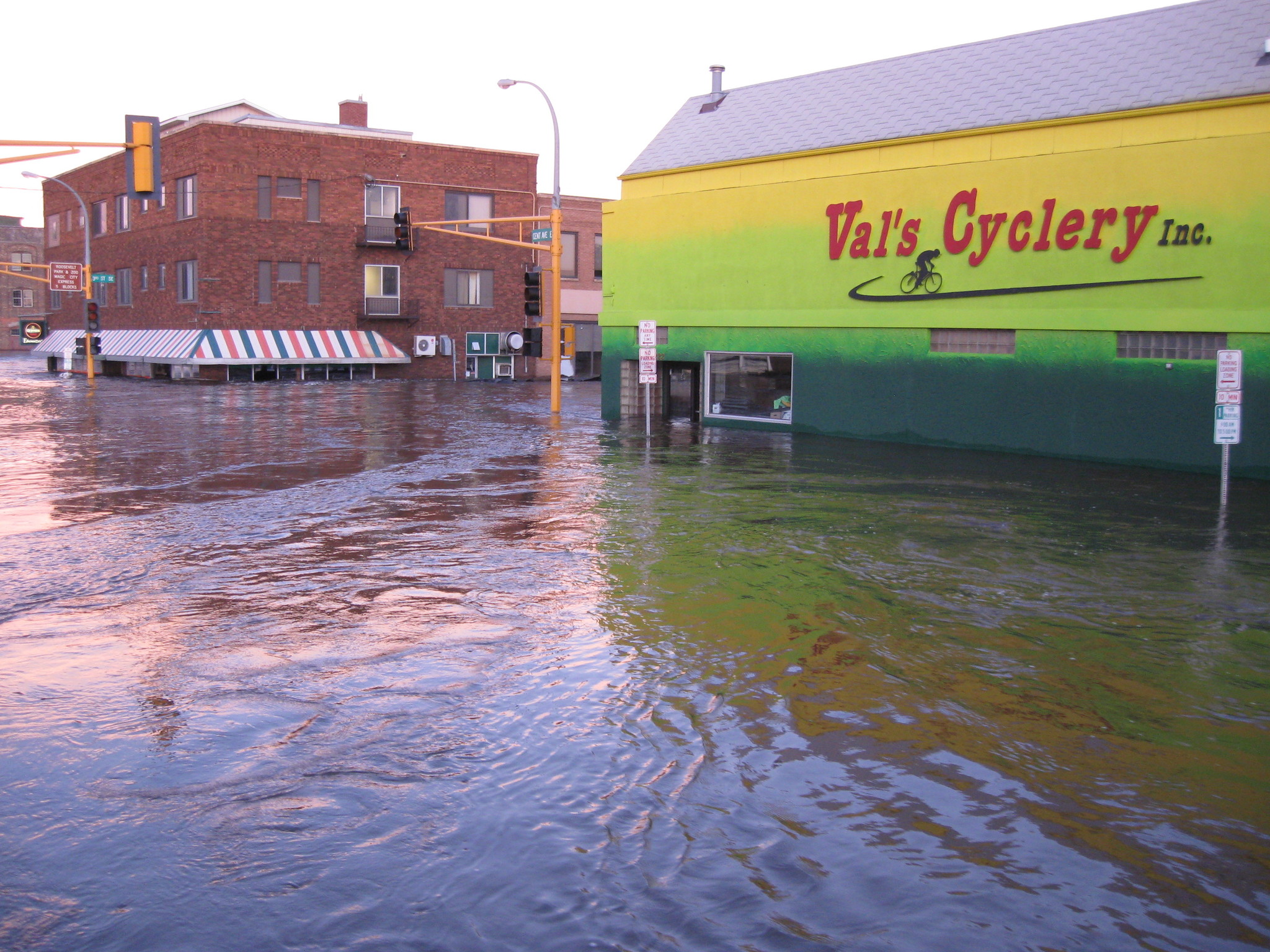